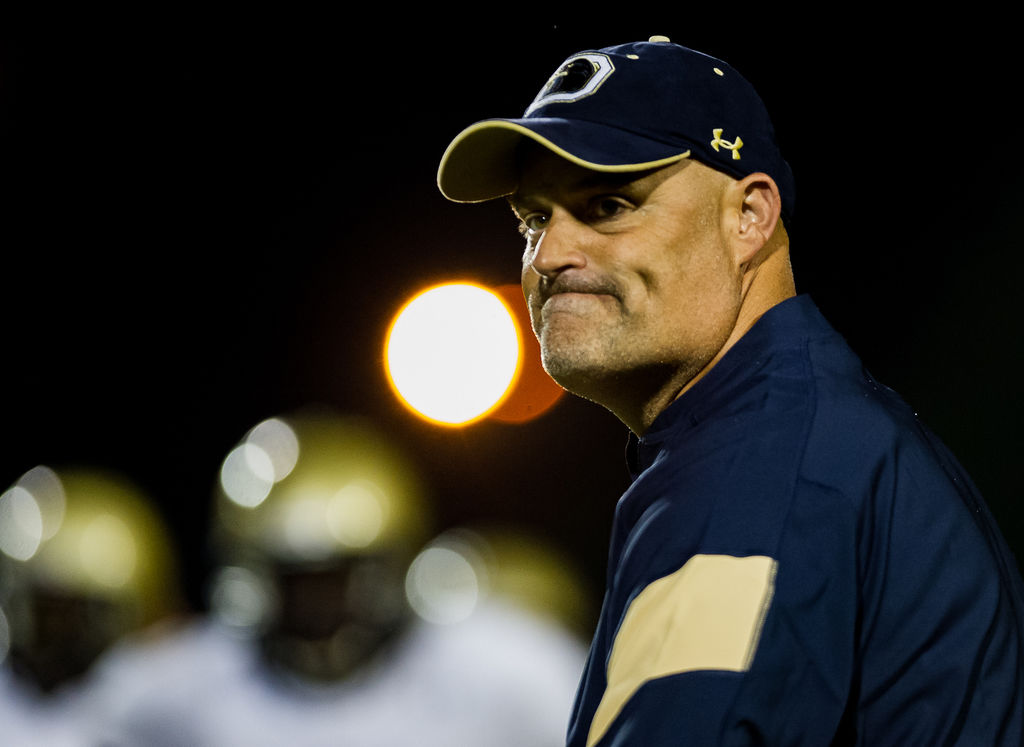 Dacula head coach Tommy Jones shows his frustration during the second half of his team's game vs. Mill Creek Friday night. (Photo: Will Fagan) 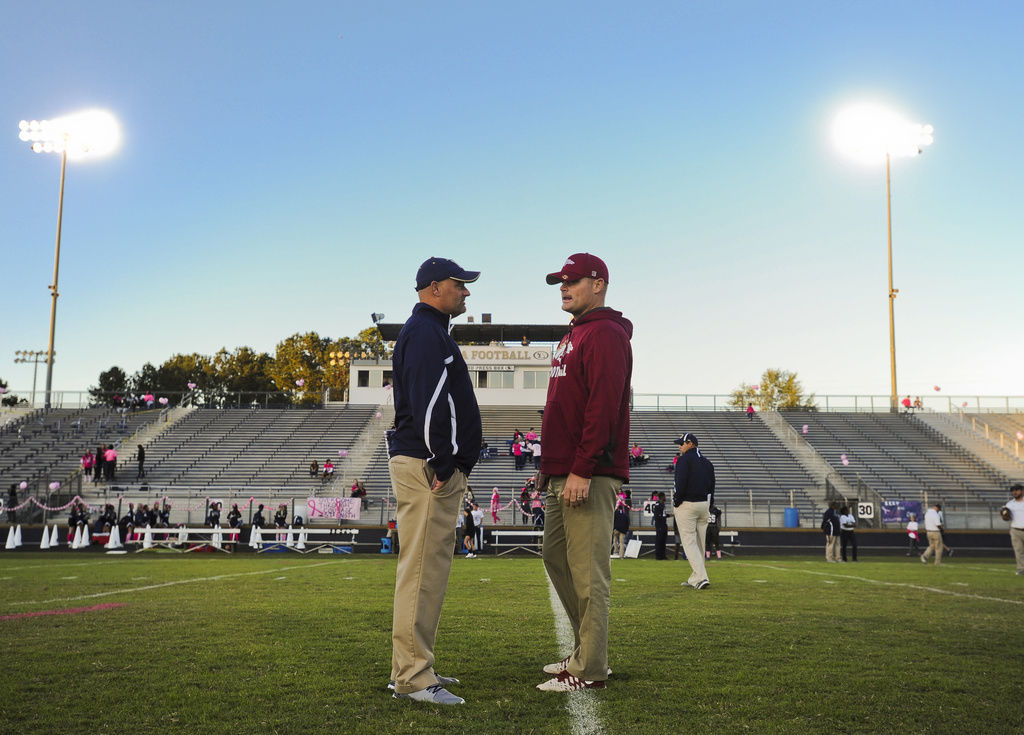 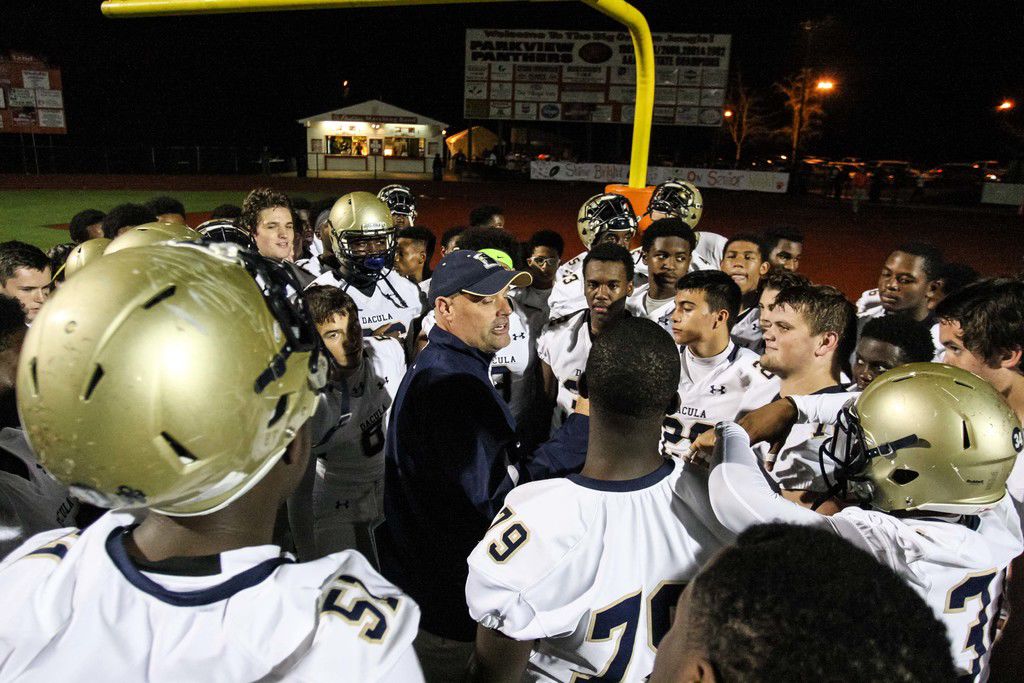 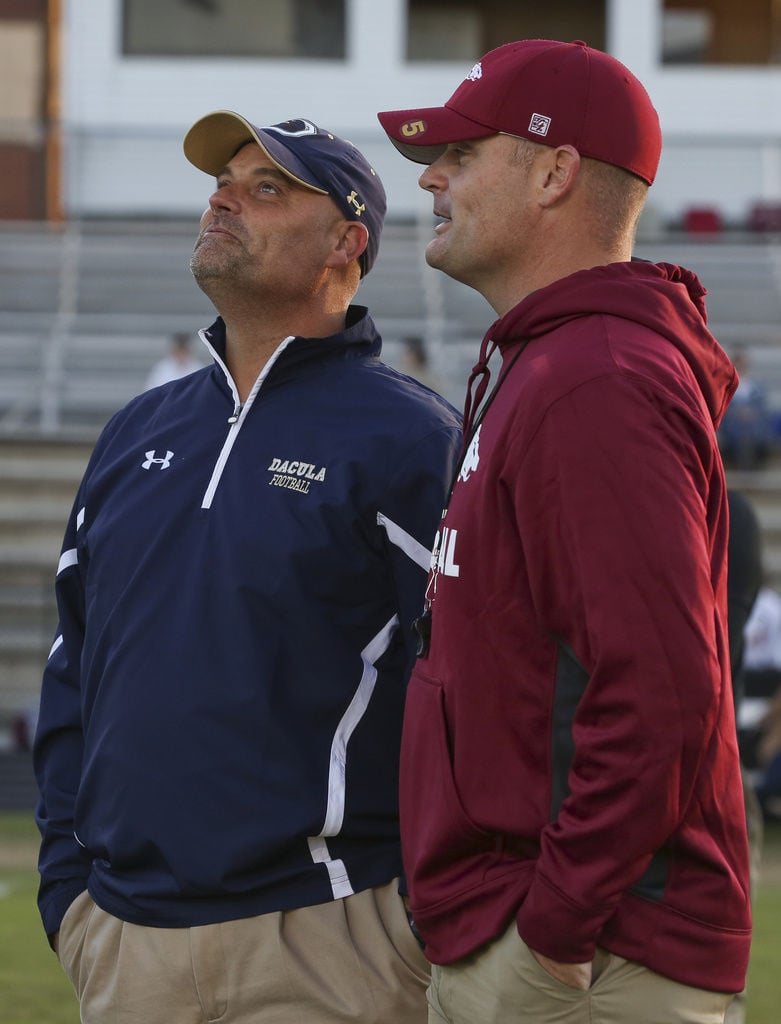 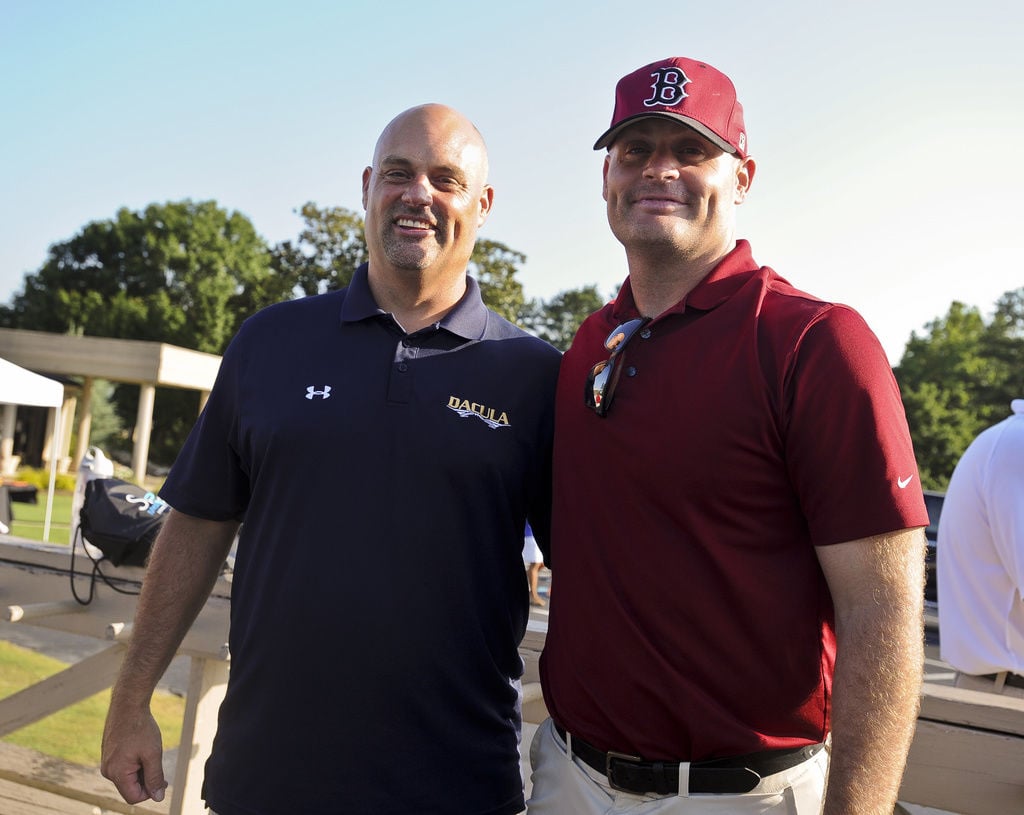 Dacula head coach Tommy Jones shows his frustration during the second half of his team's game vs. Mill Creek Friday night. (Photo: Will Fagan)

Tommy Jones delivered the tough news to his Dacula players and to his staff Thursday that he had stepped down as head football coach.

Jones, a Brookwood grad, has accepted the head football coaching position at Cherokee Bluff, a new high school in southern Hall County that opens for the 2018-19 school year. His hire is pending Hall County School Board approval Monday night.

“The decision to accept the Cherokee Bluff job is tremendously bittersweet,” Jones said. “I am extremely excited about the challenge and opportunity ahead. I really enjoy the building process and have always had a desire to open a new school. I realize that it will be both exhausting and rewarding at the same time. Both Wes McGee (Cherokee Bluff principal) and Kenny Hill (Cherokee Bluff athletic director) are unbelievably energetic about the situation. At the same time, leaving Dacula is one of the hardest professional decisions that I’ve ever made.

“Over the last five years, I’ve had an incredible opportunity to work alongside some of the best coaches in the world and coach some remarkable young men. Although we were able to accomplish some incredible things on the field during the last five years, my hope is that the life lessons our players learned through the process will be much more significant.”

Jones has been Dacula’s head coach since 2013, earning Daily Post coach of the year honors in his first season. He went 8-5 and reached the state quarterfinals that season with a program that went 1-9 in 2012.

The Falcons went to the state playoffs four times in Jones’ five seasons, winning three region championships. They have won the Region 8-AAAAAA title the past two seasons, reaching the second round of the state playoffs each of those years. His five-year record at Dacula is 37-22.

“I explained to the (Dacula) team this morning that the two most important things in my life are my faith and family,” Jones said. “After lots of prayer and counsel over the last couple of weeks, the Lord has brought clarity that it is time to pursue a new chapter.”

Jones comes from a coaching family that includes his retired father Tom, a longtime offensive line and strength coach at Brookwood. His younger brother Philip is now Brookwood’s head coach.