Skip to main content
You are the owner of this article.
Edit Article Add New Article
You have permission to edit this article.
Edit
Home
Sports
Schools
Events
Statistics
Podcast
Multimedia
Interact
Help
1 of 8 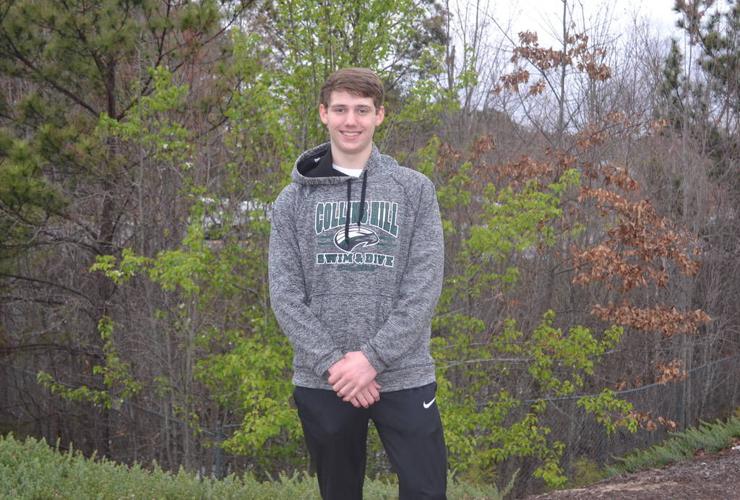 Collins Hill junior Andrew Winton set a new county record in the 200 IM at the state finals this season as he was the Daily Post Boys Swimmer of the Year. (Staff Photo: Paul Thomas) 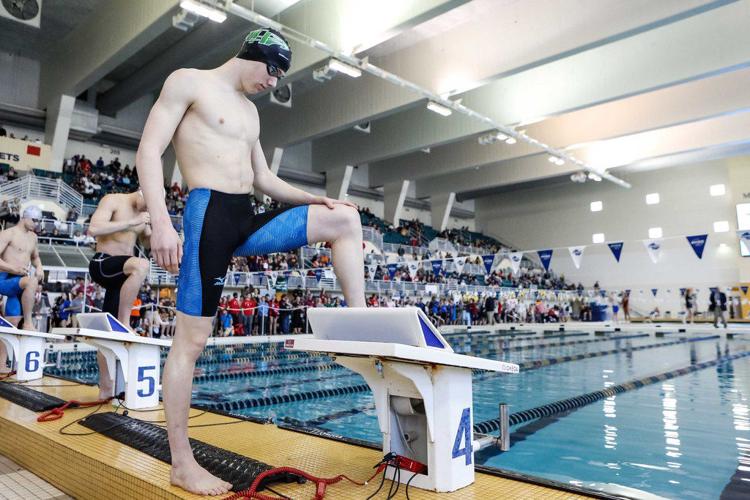 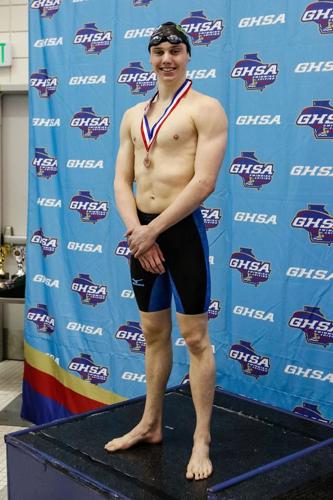 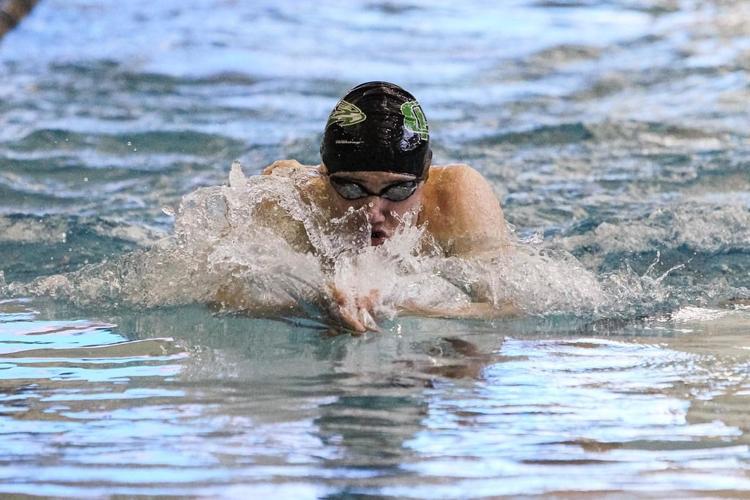 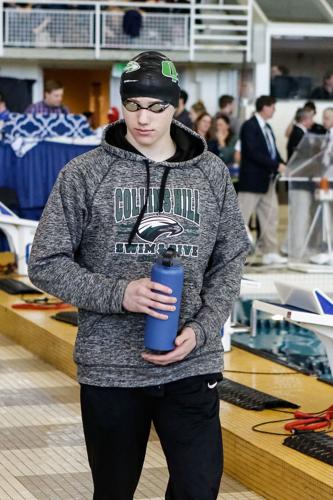 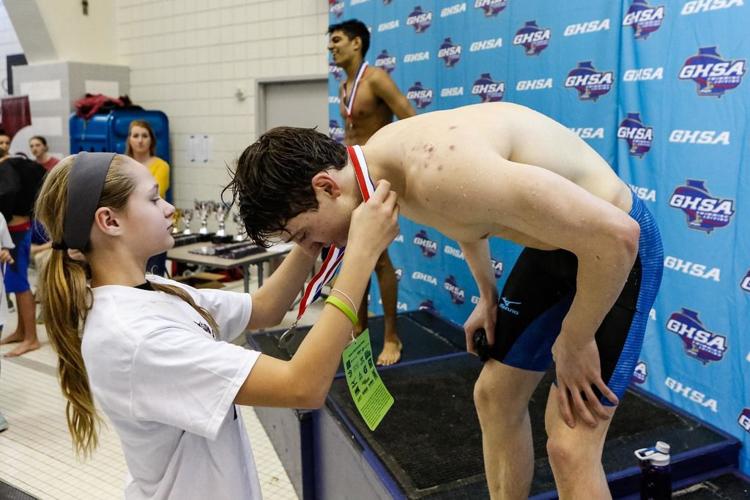 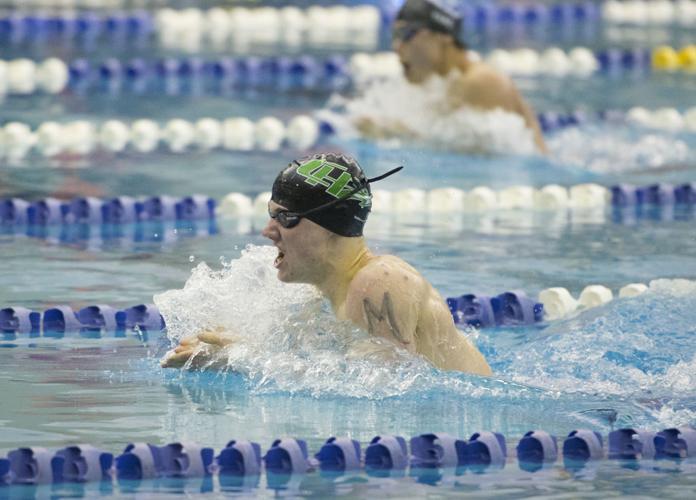 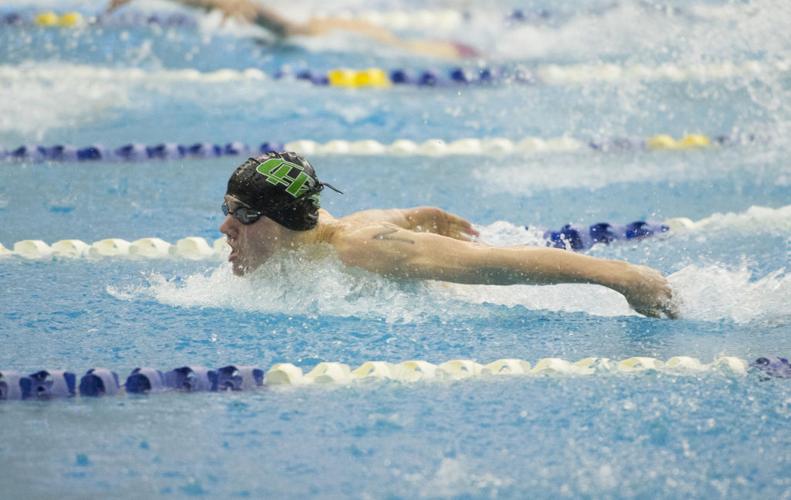 Collins Hill junior Andrew Winton set a new county record in the 200 IM at the state finals this season as he was the Daily Post Boys Swimmer of the Year. (Staff Photo: Paul Thomas)

Every day ended and began the same for Collins Hill junior Andrew Winton this season — with the All-American swimmer looking at the goals taped to his bathroom mirror.

He was skeptical at first about the practice of visualizing his goals. But he said he kept coming back to a quote that SwimAtlanta coach Chris Davis likes to repeat to his swimmers: “You’ve got to put your mind where you want your body to follow.”

So Winton, the Daily Post Boys Swimmer of the Year, put up his goals for his junior season on the mirror. He looked at them as he brushed his teeth, which most mornings was around 4 a.m. as he readied for a morning workout.

“I thought previously, I didn’t know if that’d do anything,” he said. “But now that I think about it, if you keep looking at it, it really does help. I know people that put it on their ceilings and things like that. But, the bathroom, I think that actually helps a lot.”

His results during the season suggest that it did help him to see the goals on the wall each day. While he didn’t meet all of his goals, he did break one of the county’s oldest records at the state finals.

In the 200-yard individual medley, he swam a time of 1 minute, 47.83 seconds to break the record set by Parkview’s Eric Shanteau in 2002. Shanteau’s record was topped by St. Pius’ Gunnar Bentz in 2014 with a time of 1:45.55 for the state record, but Winton was the first Gwinnett swimmer to best Shanteau, an Olympic gold medalist.

Unfortunately for Winton, North Forsyth’s Jack DalMolin took first place in the final with a time of 1:47.59.

“In prelims, I saw the record in the meet sheet, so then at finals I was aware of it before going into the meet,” Winton said. “I wasn’t really thinking about the record. I was just trying to swim.”

He also finished third in the 100-yard breaststroke at state after winning the title last season. His time of 55.69 seconds this year was the fifth-fastest swim in state meet history. At the county meet, he won the title in the 200 IM and was second in the 100 breast.

“He’s a hard trainer, so we knew coming in he was going to do something special,” Collins Hill associate head coach Paul Callis said. “I’ll be honest, I wasn’t even expecting — a 1:47 in the IM is pretty darn good. … The scary thing is what he could do next year at the same meet.”

Winton credited his success this season not just to the daily reminder in the mirror, but to a ramped-up training regimen when he returned from the U.S. Olympic trials last summer.

He was training twice a day with Davis at SwimAtlanta, once before school and again after, around three days a week.

“Last year we trained hard, but this year we definitely stepped it up, I’d say, 110 percent,” Winton said. “… I’d get up at 4:30 a.m. and come (to SwimAtlanta) and then swim for an hour and a half, maybe an hour and 15. Just doing, not endurance stuff, but just strength building, and then we’d go to school and come back and swim again. That was in the heart of our training, and that was definitely something that I thought really helped. It was beneficial. It wasn’t something that we did last year, it was something that was totally different.”

In addition to the training twice a week at SwimAtlanta and representing Collins Hill, Winton also has a 4.0 grade-point average while taking AP classes and has earned his Eagle Scout award.

“Andrew is kind of one of those all-around kids that you don’t see very often,” Callis said. “He’s recently an Eagle Scout, which kind of puts everything in perspective, that he has time do that and train as an elite athlete. He’s a great kid. Got a 4.0 (GPA), Eagle Scout, Olympic Trials swimmer, so this kid really has a lot going for him. He’s kind of quiet, pretty reserved, but he’s a unique kid.”

Sports writer for the Gwinnett Daily Post. Bringing you the most up to date info on Gwinnett County prep sports and the Georgia Swarm.