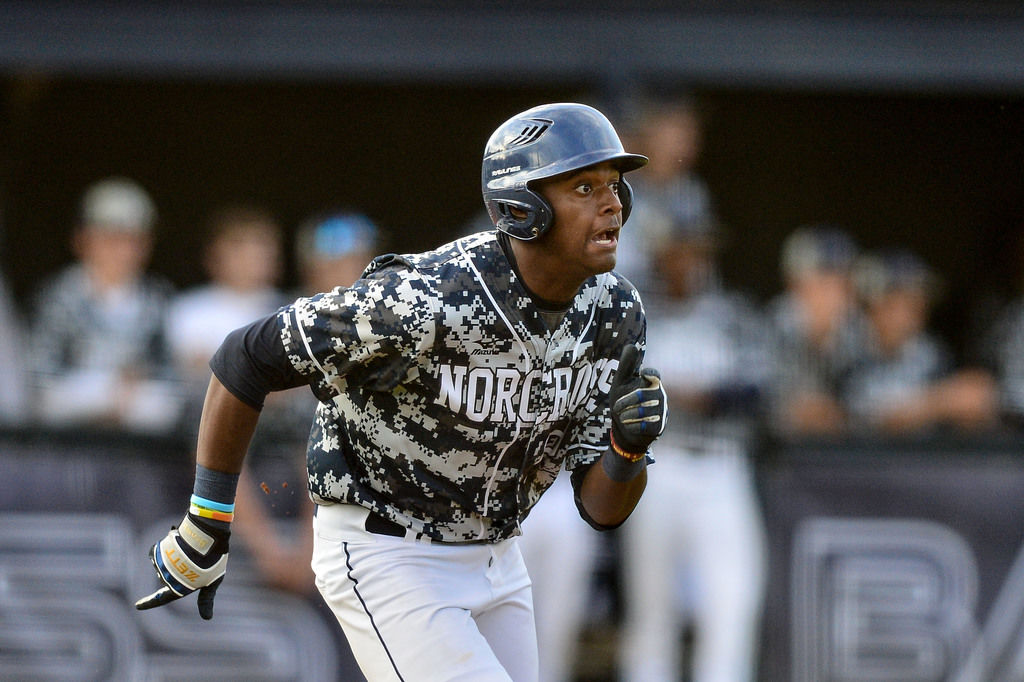 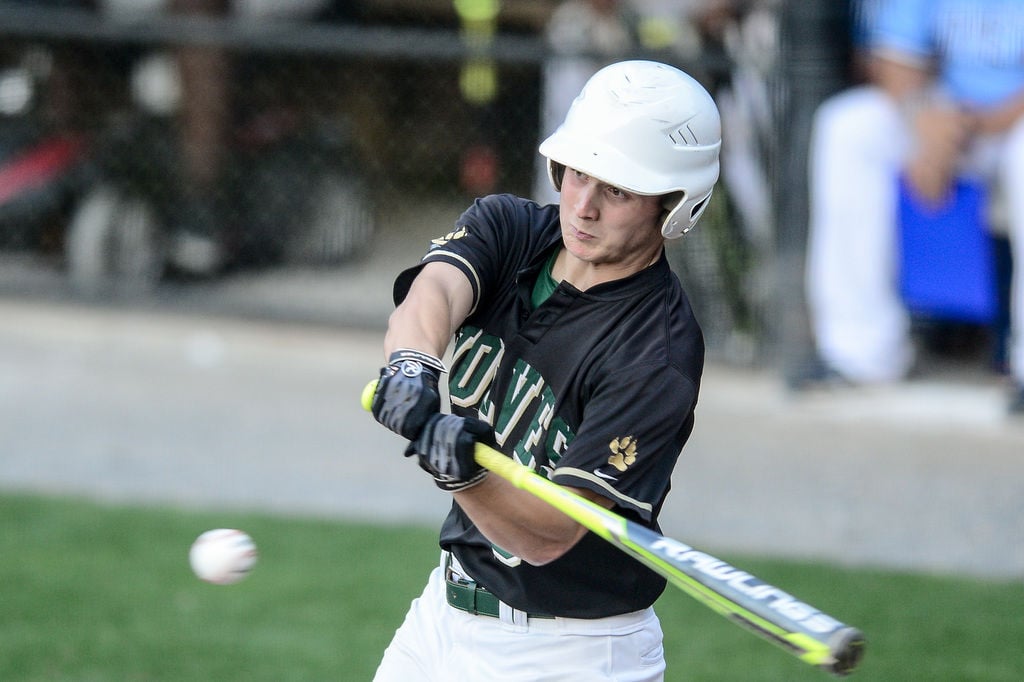 For pretty much all of Danny Hall’s tenure as head coach, Georgia Tech’s baseball program has had a fairly strong recruiting footprint in Gwinnett County, one that remains so with nine former Gwinnett high school standouts or county residents currently on the roster.

And that footprint will grow only larger still after Hall reeled in six Gwinnett players last week, nearly half of the 13 total members of the Yellow Jackets’ 2017 signing class.

Some of those signees may never make it to Tech’s Atlanta campus if they wind up being taken high enough in the 2017 Major League Baseball First-Year Player Draft, and some of the former local players already there may not be there when the newcomers arrive due to graduation or the draft.

Still, this most recent signing class — including outfielders Colin Hall (Wesleyan) and Baron Radcliff (Norcross), infielders Oscar Serratos (Grayson) and Crews Taylor (Archer), catcher Cameron Turley (Mill Creek) and right-handed pitcher Jake Brace (North Gwinnett) — combined with the large classes from the past two years, should ensure a heavy Gwinnett influence on the Jackets roster for quite a few years.

“It’s a huge part of our class, and it says a lot about the quality of baseball out in Gwinnett County, and all athletes out that way, for that matter,” said Hall, who enters his 24th season as Tech’s coach in the spring and has guided the Jackets to five ACC tournament championships and 20 berths in the NCAA Tournament, including three trips to the College World Series.

It isn’t just the quantity of the Gwinnett portion of Tech’s signing class that is significant, but also the quality, as all six individual members earned All-County recognition by the Daily Post as juniors last spring — Colin Hall and Brace on the first team, Radcliff, Serratos and Turley on the second team and Taylor on the third team.

The local haul has played a role in the Jackets currently sitting at No. 17 in Perfect Game’s college recruiting rankings for the Class of 2017.

And Hall’s observation about the quality of overall athletics in Gwinnett is also a noticeable factor, with two of the current signees — Radcliff and Turley — starring as the starting quarterbacks in football this fall.

“That’s the ironic thing — the two quarterbacks,” Hall said. “I laugh about that a lot. Here are two great high school football programs, and their quarterbacks are coming to play for us. But I like that.”

That Gwinnett has become fertile recruiting ground for Tech baseball shouldn’t be that surprising, especially considering Hall’s son Colin — who has played his high school career at Wesleyan, as did Hall’s older son Carter, currently a sophomore on the Jackets’ roster — is part of the recruiting class.

And with the Halls living very close to the private school’s Peachtree Corners campus, it has given him ample opportunity to scout out a good portion of the rest of the talent pool in Gwinnett.

“That definitely helps,” Hall said. “With my boys playing not only high school ball, but summer ball out that way, I get to see a lot of players (from Gwinnett). And no doubt they all know each other. I know the Wilhite twins (Austin and Nick, both Buford grads and current Jackets), their dad is a very social guy. I don’t know that there isn’t a baseball player in Gwinnett County he doesn’t know.

“Radcliff is amazing, too. It’s amazing to hear so many of not only other players, but their families, who know him. I think that’s kind of neat.”

Indeed, Radcliff says that Gwinnett’s baseball community being as close-knit as it is made it easy for him and several of his friends from around the county to decide to come to Tech.

“All of us are friends,” said Radcliff, who hit .298, with a home run, 28 RBIs, 11 doubles and 10 stolen bases in helping Norcross to its first appearance in the semifinals of the state playoffs in over 50 years last spring. “We go to all the showcases together, we go to travel tournaments and stuff. So going to a team where we can all come together to make one team better is really cool.

“It’s going to make us a real tight group. We have a really good relationship, so taking it to the next three or four years, and even further in our relationship, is good.”

Turley acknowledges that the pre-existing relationship with several of the other Gwinnett signees played a major role in his decision to sign with Tech.

“I know all of them pretty well,” said Turley, who is still playing with Mill Creek’s football team in the state quarterfinals this weekend, and hit .370 with three homers, 20 RBIs, 24 runs scored, a 1.130 OPS and 10 doubles for the Hawks last spring. “I know Oscar from Grayson (and) Baron. I work out with them a lot, so I’m really close to all of them. I’m looking forward to it. It’s going to be a lot of fun in college.”