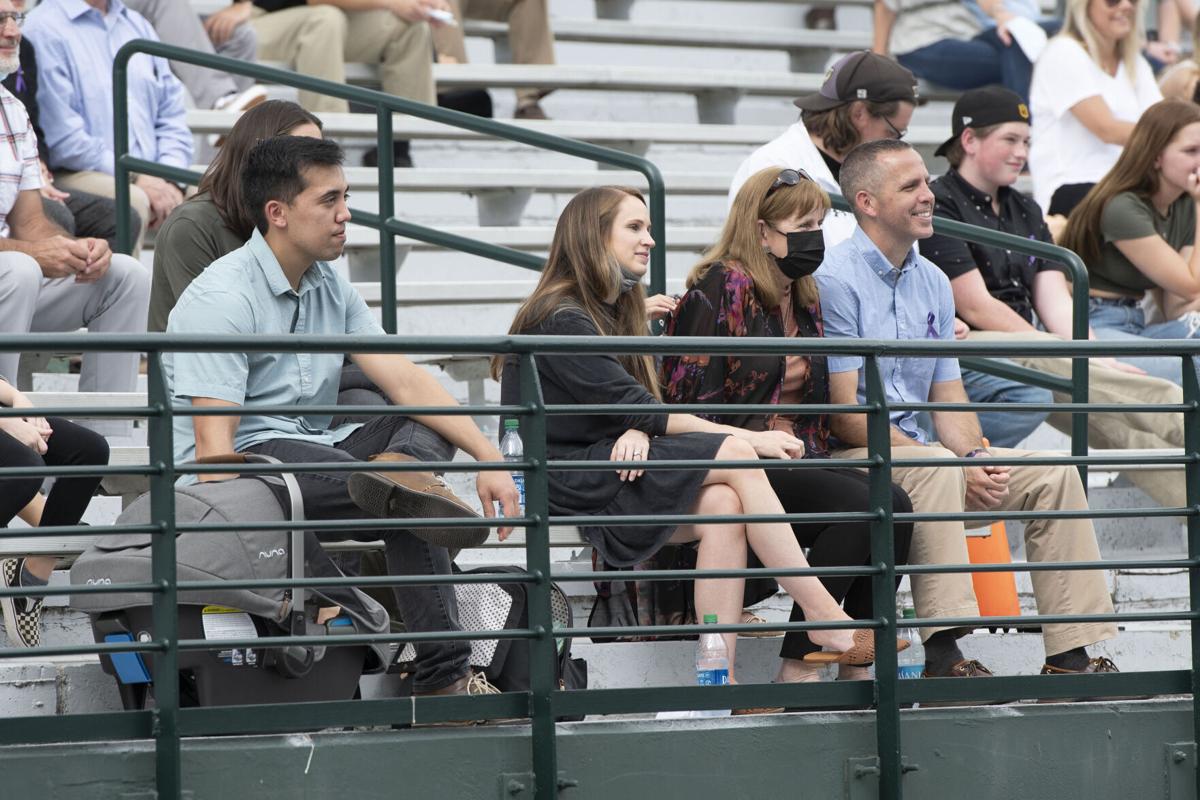 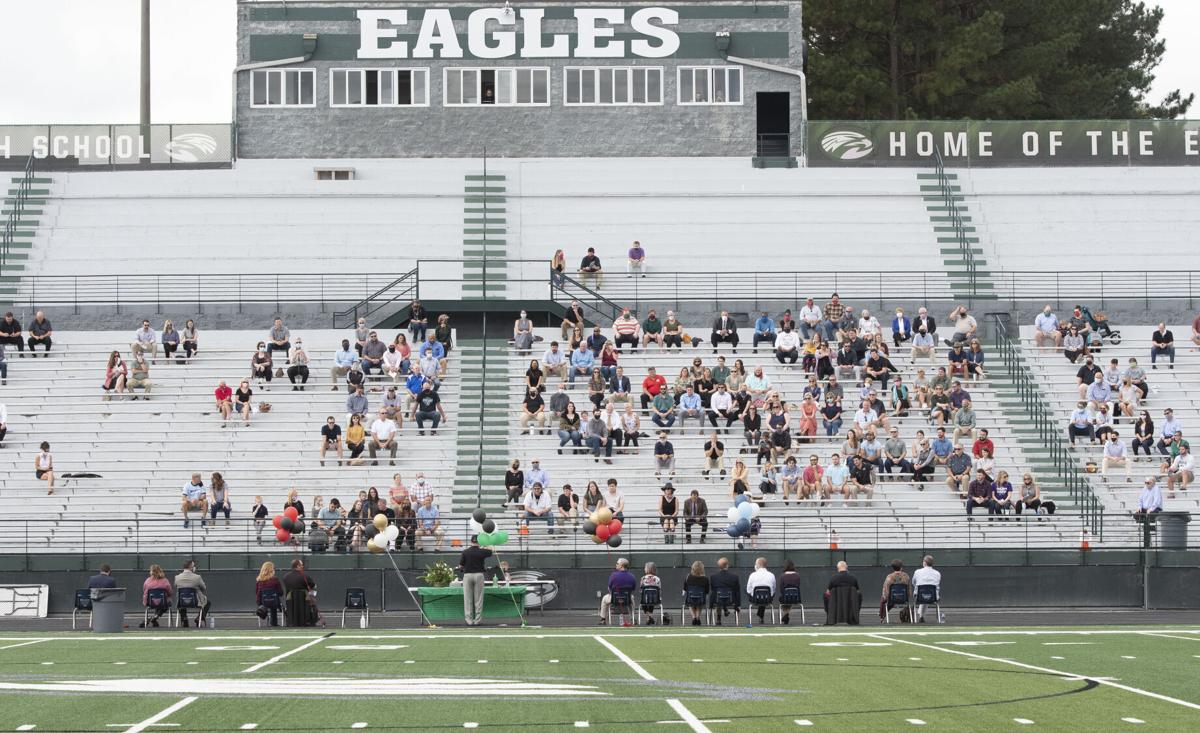 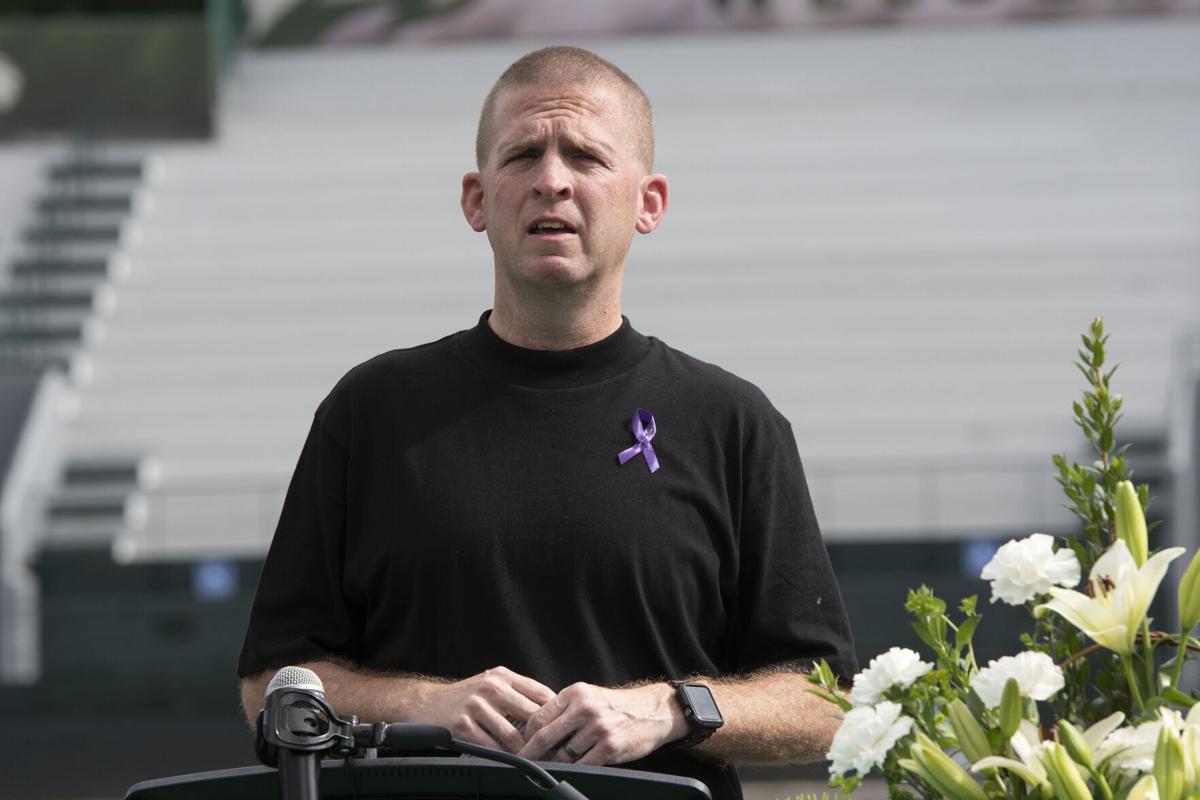 Taylor Ramos, the eldest son of Cliff Ramos, speaks during a memorial service held for his father Saturday at the Collins Hill High School football stadium. 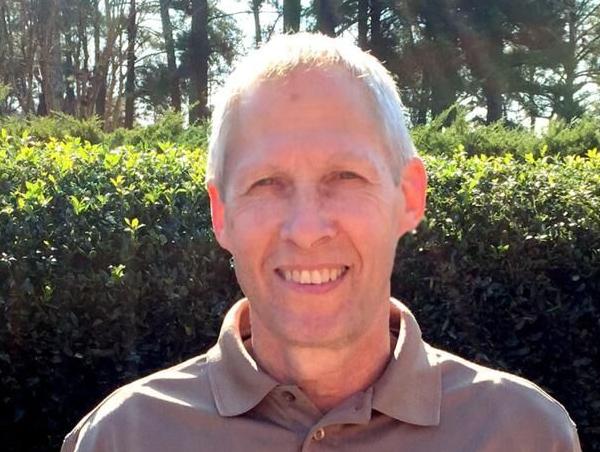 Taylor Ramos, the eldest son of Cliff Ramos, speaks during a memorial service held for his father Saturday at the Collins Hill High School football stadium.

Friends and family remembered longtime Gwinnett wrestling coach Cliff Ramos as a man of many talents, but most of all as a great husband, father and grandfather at a memorial service Saturday morning.

The event was held at Collins Hill High School’s football stadium. Ramos died last week after a long battle with pancreatic cancer. As head coach at Collins Hill for 18 years, Ramos developed what many at the memorial service called “a wrestling powerhouse.”

Under Ramos’ guidance, the school won nine traditional state and dual state championships, was ranked nationally five times, and helped develop numerous state champions and state placers. Ramos himself was also a member of the Gwinnett Sports Hall of Fame and National Wrestling Hall of Fame.

“Coach Ramos was a man of unmatched determination and passion,” Nick Lukacs, who wrestled for Ramos at Collins Hill said. “Everything he did he did with planning, purpose and intent. He understood that in everything, especially in wrestling time is critical.

“… From the moment you came into coach’s life you were one of his people — wrestler, trainer, coach, referee or otherwise. Over the past week or so I’ve talked to so many of those people and they all had the same thing to say: ‘He knew me. He cared. He knew how to bring out the best in me and, most importantly, it didn’t stop when I left school.’”

Lukacs recalled the last few times he visited Ramos he could tell he was simply trying to keep it together for him and his other visitors. Lukacs said he wanted to pull him aside and tell Ramos everything that was in his heart — how much he loved him and how proud he was to call him a mentor and coach — but he didn’t take the chance.

“I though I didn’t need to say anything, because he had more time,” Lucas said. “I wish I had learned better from coach the value of time. With all the time he put into each of us over the years it’s remarkable to me that a man spread so thin could be great at so many things — wrestling, coaching, ping pong, golf, tennis, the list goes on. But what Cliff was surely the greatest at was being a husband, father and a grandfather.”

Ramos is survived by his wife Kathy, children Taylor, Trevor and Kara and five grandchildren. With Ramos’ family sitting in the audience, Lukacs faced them and thanked them for sacrificing some of Ramos’ time with them so that he could spend as much time as he did with his students.

“Coach’s records and accolades are not because he always had the most talented teams, but because he understood the mountain of time it takes to make something great,” Lukacs said. “He spent six days a week with us and spent part of his Sundays watching our tapes. ... I can’t begin to fully appreciate how much you have to love something or someone to devote that much of your time. I realize now that was coach’s love language, his means of praise of showing how much he cared.

“He was making sure each of us were the best versions of ourselves and at the end of the day there was no excuse to be anything but that. Coach’s achievements will speak for themselves, but his legacy will be remembered in the men and women who had the pleasure to learn from him — the former wrestlers that became coaches because of him, the families who put their kids in wrestling because of him and, yes, even the referees who were forced to be better because they were too worried about being proven wrong by the rule book Yoda.”

Ramos’ oldest son Taylor Ramos also spoke at the memorial service. He admitted he hadn’t prepared anything to say, but that as he was getting dressed that morning he came across a letter from his dad that he knew would create an impact.

Choking back tears, he said he decided to keep the letter to himself. Instead, he encouraged everyone to wave with both hands just as his dad had taught everyone to do in honor of his grandmother.

“You’re going to get mad at me for this, but you’re not going to hear anything in this letter,” Taylor Ramos said, “because he wrote it to me. He didn’t write it for it to be read at his memorial service or his funeral service. ... He wrote it to me, because he wanted a loving, caring, intimate moment with is son Taylor. It’s mine.”

Frank Doman, who had trained with Cliff Ramos when he first started his coaching career in 1976, said family meant everything to Cliff Ramos. He said he does not recall ever having a conversation with Cliff Ramos in which he did not mention his family.

“Wrestling was coach’s vocation, which he dearly loved, but his family was everything to him,” Doman said. “To me, coach was a teacher, a coach, an older brother, a mentor and a hero.”

“Cliff set the standard for wrestling in Gwinnett County and the state,” he said. “… We truly became a national program, as we were ranked nationally five times. He was proud of the fact Collins Hill finished at least top three in the state 15 years in a row. ... Cliff had another goal that Collins Hill would win state the year after he (retired). He wanted to leave the program in good shape. He accomplished that goal.”

After Cliff Ramos retired, he went on to become the director of wrestling at Greater Atlanta Christian School and helped produce the school’s first two state champions.

Friends and family remembered longtime Gwinnett wrestling coach Cliff Ramos as a man of many talents, but most of all as a great husband, fath…

To the end, Cliff Ramos fought hard against his pancreatic cancer.